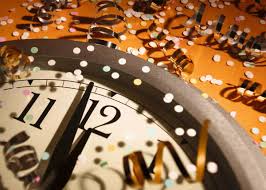 Reflect and resolve to make 2015 your year.

Do you spend December saying “I'm gonna start X in January”.
Do you make resolutions every January but forget what they were by February?
If you don't reflect, how can you resolve?

I'm not a fan of January resolutions because most people don't know how to make a resolution.
However, I am a fan of reflection and goal-setting. The end and beginning of a year makes a good time for that, but so does your birthday, anniversary (work or personal), new job or promotion or diagnosis of an illness.

K and I have a 10-11 hour drive home every year at Christmas. I usually am armed with questions to pass the time. This year I asked four questions:

Asking yourselves these types of questions makes you reflect back on your year, both good and bad, which is necessary in order to make goals for the new one. Some of the things I said were:
What went well in 2014? Trip to San Francisco and attending the 431 Project in Vermont. Being diagnosed with Hashimoto's Disease.

What didn't go well? Being diagnosed with Hashimoto's Disease. My cat Pele dying.
What do you want to continue doing in 2015? Meditating daily. Having breakfast every morning with K. Ancestral training.

What do you want to change in 2015? Meditating for longer periods of time. New speciality for my business.

I also took an idea from my pal The Technicolor Priestess and both K and I sat down on New Year's Day and wrote down ten things we want to happen in 2015. I put them in to Evernote and set a reminder for 12/28/15, when we will be driving back home again. These could also be put into a paper envelope, sealed and kept until the next year, but you know me and paper 🙂

Before you make a resolution, think about where you are coming from. Do this exercise with your spouse, partner or friend. It's also okay to have your own secret list, but set a reminder to review it again. I wrote a letter to myself ten years into the future in a Life Business course and I read it every month. It's a good reminder of the direction I want to take my life.