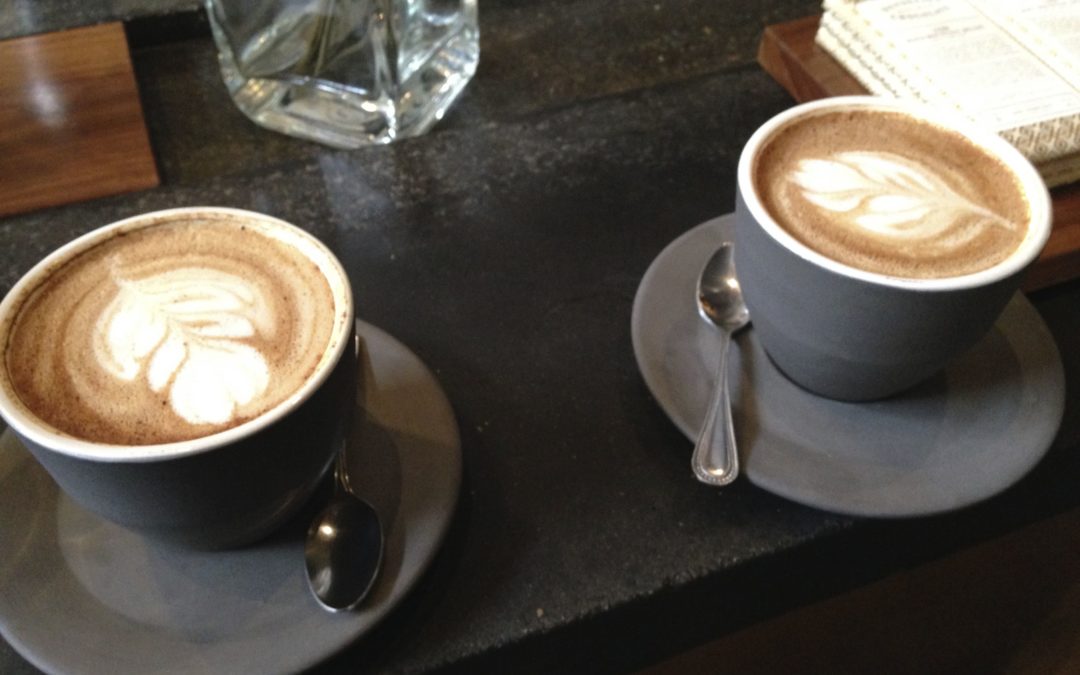 Is Your Coffee Drink Killing your Productivity?

I’m Marcey Rader, and I’m a former sugarholic. I used to eat a treat every night after dinner, couldn’t board a plane without a Frappuccino in my hand and wouldn’t start work without a mocha latte. In my family, sugar was a food group and greens weren’t even an after-thought. They were non-existent. I’d never had kale or collards until I was an adult and spinach was a garnish, rarely eaten in any amount that would be considered adding to my daily requirements. Productivity wasn’t even on my radar. Thankfully, over years of weaning back until now, where I live with my food rules of sweets only on the weekends or holidays (real ones, not National Hat Day or Columbus Day), I’ve been able to say words I never thought would leave my mouth.

Over time, our taste buds can change, and when we eat less sugar, we’re able to taste it more and savor the party in our mouths. Where do I find this the most?

In the coffee shop.

I didn’t use to drink coffee unless it was doctored with so much syrup and whip it wasn’t even recognizable. Coffee with your chocolate? As I gradually weaned myself off by asking for three pumps instead of four, then two, then one, and now only plain cream or unsweetened almond or coconut milk, I can’t stomach the concoctions I used to be addicted to.

Then one day, I saw it. The new Cabin Bar Mocha at Caribou Coffee described as butterscotch melted into steamed milk and combined with espresso and peanut butter flavor. Topped with chocolate whipped cream and chocolate chips.

The large is 860 calories with a whopping 108 grams of sugar. Twenty to twenty-five grams a day is considered the maximum. A beverage bonanza resulting in a sugar high, release of stress hormones, inflammation, energy low, and poor decision making.

The old me would have been all over that and reminded me of the first drink I ever had at Caribou. They were giving away turtle mochas for a grand opening, and it was one of the only things I couldn’t finish because it was so sweet, I felt sick. This was before nutrition labeling, and I had no idea I was drinking 900 calories.

I want someone I know to order it so that I can sip this liquid dessert. I ordered my Hot Crafted Press (that is even treatish to me) to get to business working for 90-minutes at my local store. A man, two customers behind me, ordered a large cabin mocha and sat two tables away. Periodically, I would look up at him to see how he was doing and wishing I could secretly take photos. For the 90 minutes I saw him, he went from sitting nice and tall and typing like a boss, to slumping in his chair, fidgeting and staring out the window.

Was it worth it? Did he get as much done as he wanted to? What did he eat in order to bring his energy levels back up? Did the stress hormones released from his sugar crash cause him to crave even more of the very thing that was bringing him to his knees?

I’m not passing judgment on Caribou Coffee (fan of the original crafted press) or him. Maybe this was the first sweet thing he had in a year, and he was going all out. Perhaps it was his birthday, and he was celebrating with his free drink. All I know is I’ve looked like him, felt like him and lived that jacked up, crashed down lifestyle for the first 35 years of my life.

How do I treat my coffee habit now? On the weekends, I might get a pump of syrup or ask for half or ¼ of the sweetness. If I’m at Bean Traders, I get my favorite drink of all, a Habanero Mocha, which is made with chocolate milk instead of syrup and isn’t overly sweet. At home, it’s two tablespoons of cream, a dash of cayenne and cinnamon and one tablespoon of unsweetened cacao or cocoa powder.

What are you eating or drinking every day out of habit, that is leading to a jacked up crashed down energy spiral? How can you substitute or create a food rule to lead to more stable energy and higher productivity, but not feel deprived?